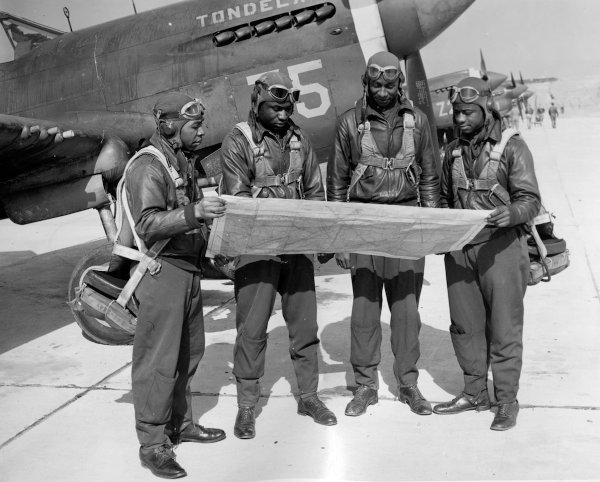 For the entire month of July, CF MVA will be doing black hero WOD’s on Saturday’s to honor our fallen black heroes.
This particular workout is in honor of the Tuskegee Airmen. “In spite of adversity and limited opportunities, African Americans have played a significant role in U.S. military history over the past 300 years. They were denied military leadership roles and skilled training because many believed they lacked qualifications for combat duty. Before 1940, African-Americans were barred from flying for the U.S. military. Civil rights organizations and the black press exerted pressure that resulted in the formation of an all African-American pursuit squadron based in Tuskegee, Alabama, in 1941. They became known as the Tuskegee Airmen. In all, 66 Tuskegee-trained aviators were killed in action during World War II, while another 32 were captured as POWs after being shot down.”

To learn more about the Tuskegee Airman follow this link: http://tuskegeeairmen.org/

This site uses Akismet to reduce spam. Learn how your comment data is processed.