As a globo-gym member for years, Lori was no stranger to working out and joined a boxing class to create some variety in her routine. She quickly became addicted to this sport, training and sparring multiple times per week over the course of 10 years, but when she moved to North Carolina in 2007 and could not find an equivalent boxing gym, she took up CrossFit. “Getting involved in CrossFit was one of the most life-changing things I’ve ever done,” according to Lori. “It provided an instant like-minded community for me and was the source of many long-lasting friendships.”  After years of participating in class, Lori decided to try the other side of the whiteboard and got her Level 1 certification.  She coached both CrossFit and Powerlifting in North Carolina for 7 years before joining the team at CrossFit MVA.

Moving to NOVA has been a challenge, but “CF MVA offers such a welcoming community and supportive environment, and working with such strong athletes and gifted coaches has really made the transition for me an easy one!” 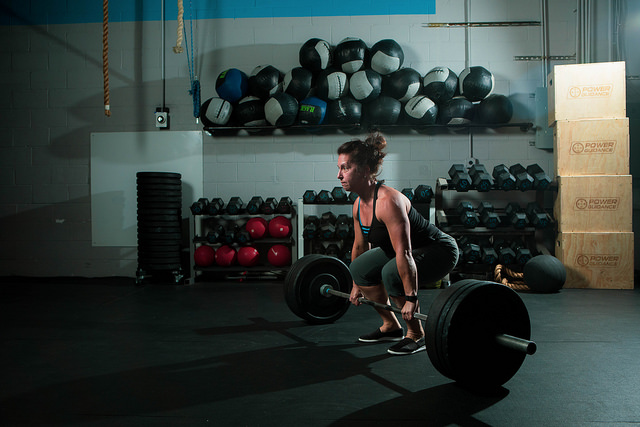