Mary Kay is a generally sporty person and played Division I soccer at the US Air Force Academy in the late ’90s. After years of dabbling in a variety of recreational sports, her athletic career bottomed-out in 2010 during the Arlington Co-Ed Dodgeball Championship where her effort and skill resulted in free beer and t-shirts… for the other team.

In 2008, Mary Kay signed up with a CrossFit gym but chickened out the night before the first class, believing she was too out of shape to begin a regimented fitness program. Three years later, still unable to do a push-up or pull-up, she found herself out of excuses and joined a local CrossFit gym where she quickly got back in shape and re-ignited her collegiate athleticism. 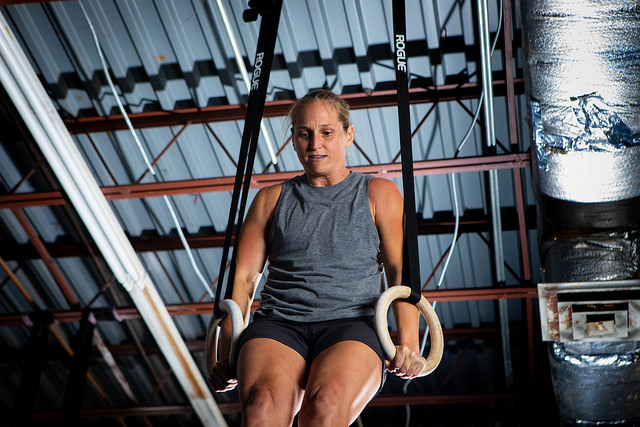