Ryan was introduced to CrossFit in 2008 after an Army buddy opened up a box in his hometown.  Shortly after relocating to Virginia, Ryan joined a local box where he quickly learned how far from being in shape he truly was.  The demanding workouts resulted in huge gains for the required Army physical fitness test.

In 2012 Ryan relocated again to North Carolina to Command an Artillery Battery.  During this time he utilized the high-intensity workout regimen and implemented it within his unit physical fitness training program.  His Soldiers fed off the grueling workouts and associated camaraderie.  He completed his L1 course shortly before deploying to Egypt. While deployed he organized a military non-profit affiliate and ran daily WODs for Soldiers to attend.

Ryan has since gone on to receive training in Coach’s Prep and Power lifting.  He has experience as a head coach in Durham, NC and currently at CrossFit MVA. 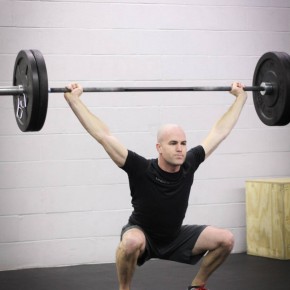